Gems have a variety of names, but many people know that this is also a mineral name and trade name. For example, the mineral name of red sapphire is corundum, and the mineral name of tourmaline is tourmaline. In many colorful treasures, especially in the middle and low-end semi-precious stones that are most commonly used nowadays, the average person often touches silica? 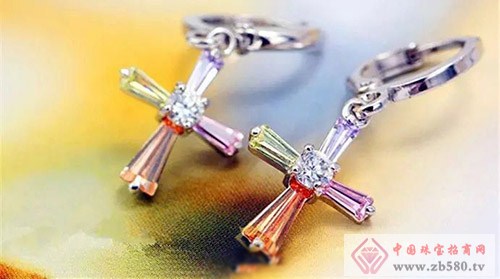 What is this? Of course, it is also a mineral name. Although the name of the mineral is very rigid, its shape is numerous, and the types of gemstones formed range from mid-range to low-grade. The common feature is crystal clear and colorful, not only attractive, but also the familiar gemstones. So, now many women play the colorful treasures are actually silica gemstones. Do you have a piece of silica in your hand now? Do you know your silica?

The silica gemstone mentioned here is a gemstone mainly composed of silica in minerals. Of course, it is not entirely silica, but it is also doped with other minerals, chemical elements, or different crystal forms, which leads to the formation of so many different varieties of gemstones.

Crystal is the most common form of silica, and it is available in a variety of colors when it contains different blends or mechanical incorporation.

The most common form: amethyst

Cause: Silica crystals are mixed with ferrous iron or tetravalent titanium ions

Efficacy: Amethyst is bright and colorful, and the Orientals feel that it is a symbol of purple gas. It has the meaning of auspicious exorcism; Westerners regard it as the guardian stone of love and can give couples a courageous and honest love. The amethyst itself contains high energy, corresponding to the eyebrow wheel in the seven rounds, can promote brain cell activity, develop intelligence, help to concentrate and enhance memory, so it is also called "stone of wisdom."

The most common form: citrine

Efficacy: Because it has its own yellow brilliance, it not only warms people's hearts but also strengthens spiritual power, brings positive energy, and affects material life and solicitation of wealth, so it is called "stone of wealth." In addition to lucky, citrine also corresponds to the sun wheel in the seven rounds, which has certain help to the digestive system of the stomach; wearing citrine can enhance self-confidence and strengthen self-position.

The most common form: pink crystal

Efficacy: Pink crystal corresponds to the heart wheel in the seven rounds, which can strengthen the health of heart and lung function. It can relax tension, relieve irritability, help deepen the heart, and discover self-improvement. The effect of the pink crystal peach blossom, based on it can emit a gentle and attractive pink light, help improve interpersonal relationships and enhance popularity.

Causes: Silica crystals are wrapped with other minerals such as goethite, hematite, rutile, magnetite, tourmaline, garnet, mica and so on.

Efficacy: Because of the different internal inclusions, some of the crystals in which the wraps are oriented form crystals and titanium crystals. The natural form of the inclusions is like the natural vision of clouds, plants, vortexes and even pyramids. For the vision crystal. Because of the magical form of internal inclusions, this kind of crystal seems to reflect the cosmic mechanism and represents the original power of creation. Therefore, it is regarded as the spirit of struggle of entrepreneurs and successful business people who started from scratch in society, and is highly sought after by people. .

When the silica gel is dehydrated, it forms an agate.

Agate is a kind of gemstone that is price-friendly. The ancient Indians saw the color of the agate and the beautiful pattern resembling the brain of a horse. They thought it was a stone transformed from a horse's brain, so Sanskrit called it a horse's brain. . Nowadays, mainly based on ornamental, high-quality varieties such as water agate agate, Gobi agate, and even popular red red agate are mainly worn by collections.

When the silica-containing colloid solidifies, it forms an opal.

Opal is the legendary gemstone that combines the beauty of gems. The mineral is called opal. It is mainly produced in Australia and is mainly formed and produced in sedimentary rocks in the Mesozoic Oki-Israin Basin. It is also called â€œdeposited gemstoneâ€ and is favored for its special color-changing effect.

Specific causes: Silica solution flows into the inland stratum and the empty ore deposit, and mixes with water to form a colloidal mineral.

Efficacy: Opal's unique gorgeous color helps to enhance personal charm, and it is full of mystery can bring creative inspiration. Wear it while sleeping, so that the quality of sleep is better.

When the silica grain is less than a few microns, it consists of chalcedony, Dongling jade, and jade.

Chalcedony is formed under low temperature and low pressure conditions, and appears in the cavity of the ejected rock, hydrothermal veins, hot spring sediments, debris deposits and weathering crusts. Some chalcedony tuberculosis contains water and bubbles, which is very interesting. Its physical properties are the same as quartz. Chalcedony is used as a gemstone and is mainly used as a material for jewelry and arts and crafts.

Efficacy: Chalcedony has a close relationship with water, so it is said to prevent drowning and accidents, and it can also eliminate evil spirits and protect peace. It is also said that chalcedony can reduce eye problems and is also helpful for the gallbladder, liver, bladder, bones and blood circulation system.